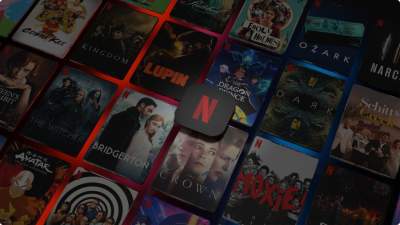 If you are an Aspiring actor and love watching films then you will be happy to know 8 simple rules to learn acting by watching films.

See, films are not only meant for entertainment because they can be a great source of learning.

And in this article, you will discover 8 simple but effective ways to learn acting by watching films.

See when you are watching any film for the first time then do not try to put any kind of judgement on acting or performance.

Adding to this, on your first watch try to get involved with the story of the film and not the acting of the actors.

Because this will improve your sense of storytelling, which is the master of all art forms.

So just try to absorb the complete film without any prior notion or judgement and let the film talk to you.

2. Watch All Kind of Films

Watching films is like reading books and if you have not read some really bad books you will not understand the importance and value of good books.

And you will also understand that how to connect to the audience.

If you have a lack of time then it is a good option for you to learn acting by watching short films.

In this way, you will meet different stories and characters in much less time.

And above that, you will develop a good sense of performance within yourself.

Film or cinema is complete literature in itself and to understand it better you must expose yourself to the world gallery.

Watching world cinema gives you a different perspective and helps you to get a glimpse of different cultures and traditions around different regions and countries.

5. Try To Understand The Rhythm

Every film has its own Rhythm and it flows within that. And an actor should have the knowledge to act while maintaining the rhythm of the film and his own character.

Because you must remember that any performance or role is not bigger than the story, and your performance should always support the story and not slap the story.

6. Try To Understand The Vision Of the Director

An actor who can match his performance with the director’s vision is always considered a good actor.

So while watching any film, ask yourself that what did the director wanted to tell us with his story or film.

In this way, you will start understanding the vision of the director and later apply it in your performance.

Me and my friends in our initial theatre days used to watch movies in different languages like Korean, Japanese, Malayalam, Marathi, and sometimes without having subtitles.

In this way, you will understand the non-verbal aspects of human behavior and human relation.

I find this really interesting and it is a good exercise for actors to learn different aspects of acting by watching films.

8. Watch A Film At least Twice

It is better to read one book 10 times than to read 10 different books only one time.

And the same applies to watching films.

See, A film is a culture in itself and to understand it better and to learn from it you have to spend more and more quality time with it.

5 Films That I Can Watch More Than Twice

Here is a list of 5 films that I can watch more than twice.

And please share in the comment what is that one movie which you can watch more than twice.

Also Read: Every Actor Should Watch Once Again These 10 Movies of Last Decade

As far as I remember, Titanic was the first movie where I was introduced to the charming Leo (Leonardo DiCaprio), and since then he is my favorite.

In my childhood even when I did not have much sense of acting I was fascinated by the performance of DiCaprio.

And not only him, but the whole movie is magic and I have watched it more than twice.

When Barfi was released there was a lot of Buzz that it will not work.

But it was appreciated by critics and audiences around the country. And even today if I watch it feels so new and refreshing.

I remember how much hit the music of Rock Star was and when the movie was released it was also a great hit.

And even today the music of Rockstar is so popular and there are very few songs that can meet that level of performance.

This is the movie that made actors like Nawaz and Pankaj Tripathi popular in mainstream Hindi cinema.

Because I have watched it so many times and I am so familiar with every character that I can actually draw a family tree of ‘Sardar Khan’ on paper.

It is a simple movie about a road trip with extraordinary actor Irrfan Khan.

The way Irrfan Khan acts with such ease creates magic on screen and I can really watch this movie more than twice and thrice just for Irrfan Sahab.

So finally you know that watching the film is not just for timepass and you can actually learn a lot and benefit your acting by just watching films.

But do not take the pressure of watching films on daily basis.

Instead of that try to enjoy the process and only watch the film when you are really willing to watch it.

Also Read: 10 Foreign Movies of Last Decade That Every Actor Should Watch to Better Understand Craft of Acting

6 Practical Ways to Solve Your Diction Problem In 6 Months

9 Ways You Can Choose a Perfect Monologue For Your Audition