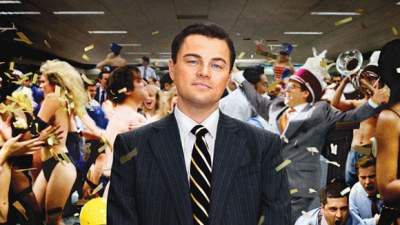 If you are not watching good films, how can you imagine becoming a good actor? And while reading this article you will know about the top 10 foreign movies of the last decade that every actor should watch to understand the craft of acting.

See, Actors are the most visible people among the diverse pool of talent which goes behind making a film.

Most importantly, the way an actor accomplishes this task is a marker of their capabilities and command over the craft of acting.

And over the period we have seen a transition in the way actors choose to convey the spirits of a story, the same is the case for the last decade.

As the movies made all over the world during the 2010s were hugely diverse in terms of their stories, aesthetics, and sensibilities by which actors approached their characters.

And a great number of stunning performances were given around the world by magnanimously talented artists.

So here is a collection of foreign movies which you must watch to better understand the craft of acting.

And above all, you can watch them to just get a glimpse of the possibilities the craft of acting holds as a conveyor of emotions, ideas, thoughts, and meanings.

This movie is arguably the greatest action film ever made, ‘Fury Road’ is a high-grade achievement of cinematic craft.

In this movie, A completely bonkers world has been created by master filmmaker George Miller.

And the movie is rich in electrifying characters and thematic explorations of relevant concerns such as environmental conservatism and feminism.

But what a feminist movie would be without strong female characters, and for that here lies the Imperator Furiosa, a character as exciting, rebellious, and hopeful as anything can be.

And most importantly it is marvelously played by Charlize Theron, she embodies the character in its totality, every tool at the disposal of an actor is used by Theron to level up the believability of Furiosa.

And the very sense of her movement shows the nature of the character as a leader of exploited and a redeemer of the oppressed.

In short, it is a great movie to watch to understand the craft of acting.

We all know of arthouse films, yes you are right those slow, brooding, and meditative films which are too indulged in their own thoughts and aesthetics that they often make us sleep but what if I tell you they have an exciting sibling.

In other words, I’m talking about the arthouse action films, and here is a fully realized effort in the form of ‘Drive.’

The best part of this movie is that it is as exciting as your mundane action flick and as intimate and reflective as an arthouse drama.

Most importantly, the characters are multi-dimensional and rich in detailing, and these details are meticulously captured by the actors playing them.

Let us talk a bit about Ryan Gosling who is playing the lead is both intimate and distant at the same time.

And Gosling has a certain sense of being stoic or apathetic and that is very much reflected in his portrayal, as he beautifully captured the vulnerability, loneliness, and mystical quality of his character.

Certainly, the lead character has an existential longing and the performance by Gosling is aware of the fact.

So please make a watchlist and include this movie in your watchlist to level up your understanding of the craft of acting.

You already know that Jake Gyllenhaal is a phenomenal actor and has graced the screen many times with astonishing performances.

And ‘Nightcrawler’ is one of those performances he was very surprisingly neglected by the Academy for Best Actor nomination.

When you will watch you will know that ‘Nightcrawler’ is an exciting film that works very well as a thriller but also serves as a critique of the practices followed by modern media.

In this movie, the character of Louis bloom played by Gyllenhaal is charming in a wicked sense. And he is a sociopath who is convinced of his thoughts and can go to any limits for realizing them.

Although Nightcrawler is not a horror film but the performance by Gyllenhaal can create shivers down your spine.

If you already have watched this movie you can move to next.

But if you are still reading you will agree that this is one of the most exhilarating films of the 21st century, ‘The Wolf of Wall Street’ carries one of the most irreverent, unhinged, and dynamic performances given by a mainstream superstar.

And the whole movie is commanded by Leonardo DiCaprio like a hunter commands a whip. He is my favorite since my childhood.

In the movie, the character of Jordan Belfort is a charming Wall Street fellow whose hunger for more is unending.

And he is drenched in the excess of his ambition. He is shameless irreverent and manipulative, all these aspects are reviewed by Leo’s performance so well.

Moreover, his over-the-top and exceedingly funny performance is applaudable and makes a case for one of his greatest.

You can say this movie is A Masterpiece of modern cinema, as we never thought the tale of the formation of Facebook can be so engrossing and dramatically satisfying.

Without any second thought, I can say that this film is an example of David Fincher’s impeccable mastery over the craft of filmmaking.

As the amazing screenplay was written by Aaron Sorkin almost seems like a Shakespearean drama with brooding emotional depth and intensity.

On the other hand, while viewing on the surface, it can be mistaken as a biopic about Mark Zuckerberg, and biopics are often characterized by the Impersonation of famous figures.

But this movie is not trying to do that, Jesse Eisenberg is not portraying an impression of Zuckerberg rather it is a perceptive reflection of his ambition and ego.

Most importantly, Eisenberg’s portrayal is enriched with humane details which create a sense of both hate and admiration for this cinematic incarnation of Mark Zuckerberg.

And Andrew Garfield who plays Zuckerberg’s friend Eduardo Saverin is amazing in his composition of the character. He is believable, relatable and adds a dramatic layer to the story.

If you are still thinking that you should watch it or not then just go and watch the trailer of this film and you will not be able to stop yourself from watching the complete film.

Only a few filmmakers can match the caliber of the Coen brothers and ‘Inside Llewyn Davis’ is one of their finest efforts.

The titular character of Llewyn Davis is a man stuck in grief, sorrow, and melancholy.

And he is an interesting character, a failed folk singer crying to cope up with the loss of his singing partner which has turned him into a solo act with not much success.

Also, He is barely surviving but defensive and constricted in his approach to practicality.

And Oscar Isaac who plays the titular character is fully submerged in the character as if he is contemplating his own artistic life.

So if you try to analyze then you will find that Performance by Isaac is not vouching for your sympathy rather he is chasing a bigger ideal i.e. of revelation and contemplation on the life of a failed artist.

The name itself gives hints to a lot of things. It is an immaculate work of detail and attention to the subtleties of narrative.

Jordan Peele’s Social thriller is one of a kind film, it’s funny, frightening, and a critique of racial discrimination in America. ‘Get out’ is the work of skilled craftsmen.

In this movie, Daniel kaluuya is playing the lead character. There are many moments where he can portray a range of emotions With just his eyes.

It is a film you must watch multiple times to understand the craft of acting and every time you watch, something new will be revealed about the story and character.

When two heavyweights of acting collide the result is a movie like ‘The Master.’

It is a complex film with surprising depth in the narrative. Here filmmaker Paul Thomas Anderson has created one of the most seducing pieces of cinematic art.

‘The master’ is a beautiful dance of conflict and harmony between two lead characters played by the best actors of their generation i.e. Philip Seymour Hoffman and Joaquin Phoenix.

Both the characters have enormous psychological and emotional complexity and the way they are performed by these amazing actors is evident in their excellent craftsmanship.

And both the actors are distinct in their approach and create a beautiful resonance of great acting.

Moreover, just watching these performances you will realize that when in his highest form, an actor can also be a poet.

This Korean mystery thriller is a slow-burn character study with a narrative that will subvert your expectations. The character of Ben played by Steven Yeun is a Gatsby-like figure, he is mysterious, he is charming, and has an Otherworldly presence.

And the way characters are played makes you feel the emotional Core inside them. There is a sense of suffering and a feeling of void lingering over the minds of every character.

It is a film that must be experienced and believe me it will be a rewarding one.

In India, we have a distinct quality to our films and that is our dazzling dance numbers, not always add something to the story but if done well they are pretty enjoyable.

La La Land is almost like a Bollywood rom-com but I have to say with greater aesthetic and artistic quality.

Here Damien Chazelle is a talented filmmaker even in his previous films like ‘Whiplash’ he had shown amazing capabilities of capturing dramatic human emotions.

In La La Land he is playing in the highest form and his storytelling efforts are complemented by the actors Emma Stone and Ryan Gosling.

Both of them have given performances that are full of heart, passion, hope, and quite a bit of melancholy.

And they have beautifully captured the essence of being a budding artist and understand both the aspirations and the insecurities which can grow in the minds of the dreamer.

So all the Dreamers out there this is a movie for you to watch and just believe in your dreams. Wish you all the luck.

Watching these movies will open your mind to new possibilities and it will enhance your perception of the craft of acting.

Also, you will become more aware of the rhythm of different films and you will understand the role of an actor in the film.

6 Practical Ways to Solve Your Diction Problem In 6 Months

How to do Acting with eyes? 4 Easy steps to have expressive eyes.